A new YIMBY activist group is starting to gain meaningful traction in San Francisco. They were recently featured in the New York Times and they have managed to secure the financial backing of people like Jeremy Stoppelman – co-founder and CEO of Yelp.

(All excerpts in this post were taken from the NY Times.) 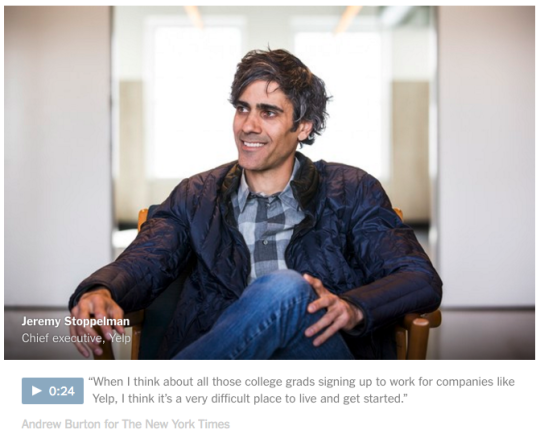 The group is called SF BARF, which stands for SF Bay Area Renters’ Federation. The group, however, supports new development of all kinds. So I think the name is more driven by the fact that the founder, Sonja Trauss, wanted the acronym to be BARF. It speaks to their shit disturbing approach:

“Her group consists of a 500-person mailing list and a few dozen hard-core members — most of them young professionals who work in the technology industry — who speak out at government meetings and protest against the protesters who fight new development. While only two years old, Ms. Trauss’s Renters’ Federation has blazed onto the political scene with youth and bombast and by employing guerrilla tactics that others are too polite to try. In January, for instance, she hired a lawyer to go around suing suburbs for not building enough.”

The impetus for all of this, of course, is San Francisco’s lack of affordability and severe housing shortage. Housing supply is decades behind the city’s population and job growth.

Most people are directing the blame at the tech community for bidding up housing. But there’s clearly growing recognition that housing supply matters.

As a real estate developer, my industry obviously benefits from fewer barriers to building. So let’s get that out there:

“Ms. Trauss’s cause, more or less, is to make life easier for real estate developers by rolling back zoning regulations and environmental rules. Her opponents are a generally older group of progressives who worry that an influx of corporate techies is turning a city that nurtured the Beat Generation into a gilded resort for the rich.”

But let’s also be clear that I don’t believe we should be developing roughshod over our cities. New development should respond to what’s already there and give back.

At the same time, housing supply matters a great deal. A big part of the reason that cities like San Francisco, New York and Vancouver are so expensive is that they’re naturally supply-constrained markets. Geographically, they are either peninsulas or islands.

When you overlay tight land use restrictions, fierce community opposition and/or foreign investment on top of this geography, it should come as no surprise to anyone that demand is outstripping supply.

New supply won’t solve every problem, but I do agree that it is an important part of the solution.