The data only runs up until January 2016, but here’s what he found:

“…yellow taxis provided 60,000 fewer trips per day in January 2016 compared to one year earlier, while Uber provided 70,000 more trips per day over the same time horizon.”

It also appears that Lyft is struggling to gain traction. 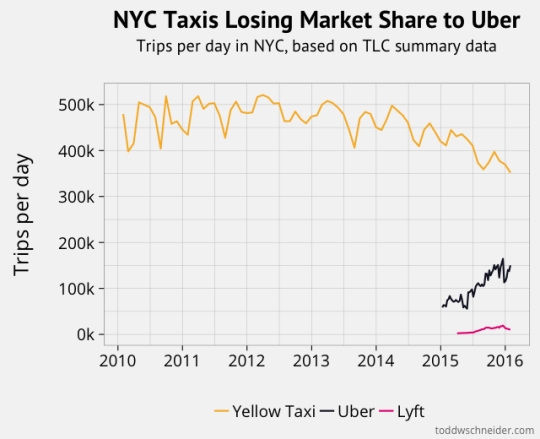 What’s also great about Todd’s blog post is that he has set it up so that his chart will automatically update as new data becomes available. So if you’re interested in this topic, you should bookmark his post.