Yesterday, when I was reading up on Toronto’s “TOcore” initiative, I came across a report from 2014 called Not Zoned For Dancing: A Comprehensive Review of Entertainment in Downtown Toronto.

The entire report is fascinating, but here’s one diagram that stood out to me: 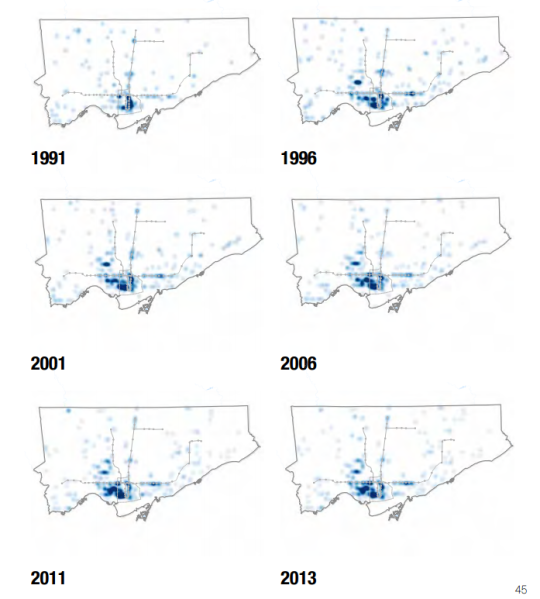 It shows the migration of bars, clubs, and lounges westward, away from the downtown core, from 1991-2013.

This migration doesn’t surprise me at all. I saw it happening and I understand the market forces at play here. There’s also the simple fact that nightlife is often viewed as a nuisance.

But it’s worth calling this out.

Because I don’t think enough city builders appreciate the value of nightlife. It can and has served as a valuable catalyst for urban regeneration and I believe that it should form part of any city’s economic development strategy.

A lot of cities are focused on things like bike lanes, public spaces, and on becoming the next Silicon Valley. And don’t get me wrong, those are all important things (though we could debate the Silicon Valley part).

But let’s not forget about nightlife.