Whenever I’m not sure what to write about, I just read. That’s one of the big benefits of daily blogging – it forces me to do that.

This morning I stumbled upon the blog of Jed Kolko. Jed is an economist and, up until 2015, he was Chief Economist and VP of Analytics at Trulia.

His most recent post argues – naturally with lots of data and charts – that for all of our talk of (re)urbanization, it’s actually a specific subset of the population that is far more likely to be have urbanized between 2000 and 2014: the young, rich, childless, and white. (Note: His post is talking specifically about U.S. cities.)

Below are a few of his charts.

In all cases, the x-axis represents % change in urban living between 2000 and 2014. All of the data is from Public Use Microdata Samples (PUMS) – 2000 decennial Census and from the 2014 one-year American Community Survey (ACS). 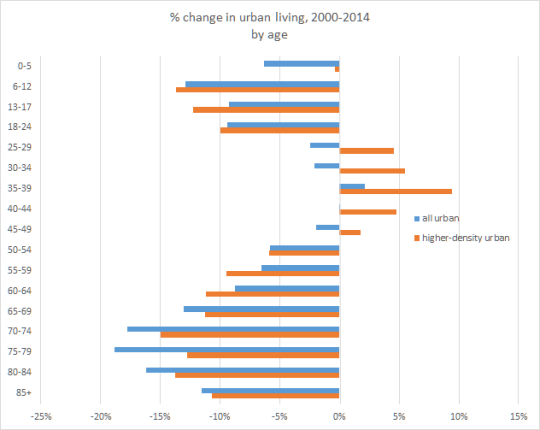 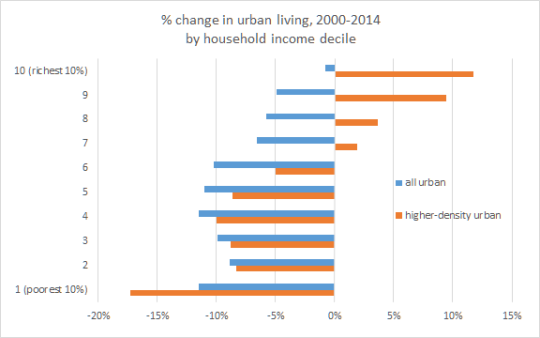 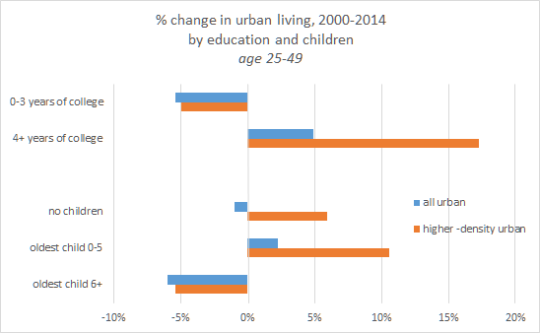 And here is race/ethnicity: 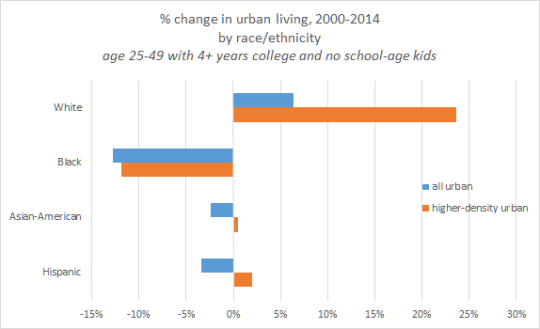