Yesterday I promised that today’s post would be less sad. I am sticking to that promise, but I am also sticking with a somewhat similar theme: getting older.

Fast Company recently published an interview with New York-based architect Matthias Hollwich. The topic is aging and the kinds of spaces that we have created for people as they age: retirement communities, nursing homes, and so on.

The reason this is getting airtime right now is because Matthias has just published a book on the topic called, New Aging: Live smarter now to live better forever. 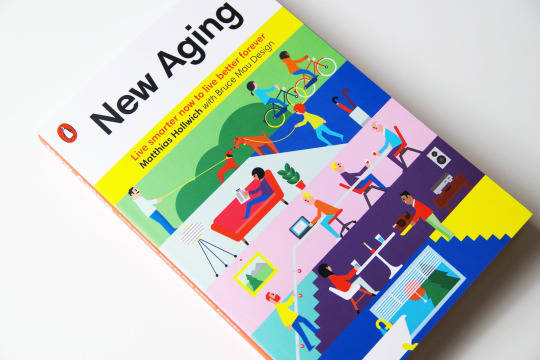 But this isn’t a new focus. Matthias actually taught at the University of Pennsylvania while I was there and I remember his design studio being focused on this topic. (I wasn’t in his studio, unfortunately.)

The sound bite that I really like from the interview is this one:

“I think the biggest flaw is that it’s age segregation. You take all of the people who are above 75, 85, or 95, depending on what type of environment it is, and put them into one place. And then you’re just surrounded by old people, people who have social and physical challenges, and you’re not around the vibrancy of a multi-age environment, which is something that we experience all life long. I think that is something that society really has to rethink.”

Not only do I agree with him, but I think it exemplifies one of the things that I love about architecture. The idea that the way things are done today is usually not some sort of universal truth. Instead, everything can be questioned, rethought, and reinvented for the better. It’s a very entrepreneurial way of operating and I don’t think that parallel, between entrepreneurs and architects, is drawn or leveraged nearly enough.

I also don’t think we’ve given enough design consideration to this topic of aging. I mean, why can’t the spaces that people end their lives in be as (or more) sexy and enjoyable as (or than) the spaces they live the rest of their lives in? That’s what I want when I’m 95.

So kudos to Mattias and the rest of the team at Hollwich Kushner (his firm) for caring about and working on this.