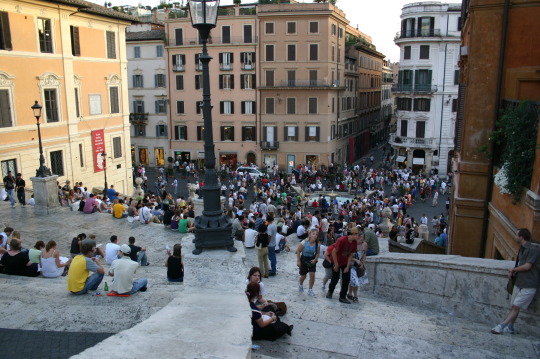 I am sure that a lot of you know where the title of this post comes from. It’s a riff on one of the most important and influential books in the world of city planning: The Death and Life of Great American Cities by Jane Jacobs (1961).

But when Jane Jacobs first wrote this book, there was no such thing as smartphones and nobody was “checking-in” to hipster dive bars on Foursquare.

So instead of leveraging big data, her analyses and arguments were based on observation. She walked the streets of New York and Toronto and figured out what made cities thrive and what made cities die. That was her brilliance.

Today, however, we have data – lots of it. And so recently, a group of researchers set out to test Jane Jacob’s theories using mobile phone data. The study was called, The Death and Life of Great Italian Cities:
A Mobile Phone Data Perspective.

More specifically, they set out to test the following 4 essential conditions:

“She [Jane Jacobs] argued that, to promote urban life in large cities, the physical environment should be characterized by diversity at both the district and street level. Diversity, in turn, requires four essential conditions: (i) mixed land uses, that is, districts should serve more than two primary functions, and that would attract people who have different purposes; (ii) small blocks, which promote contact opportunities among people; (iii) buildings diverse in terms of age and form, which make it possible to mix high-rent and low-rent tenants; and (iv) sufficient dense concentration of people and buildings.”

To accomplish this, the team assembled and studied data from the following sources:

Ultimately, they determined that Jane Jacobs knew what she was talking about. The above conditions are essential to urban vibrancy and they apply to Italian cities, just as they did and do to American cities. But this test was valuable, because the more that we can measure and quantify cities, the better I think we’ll get at creating and promoting urban vitality.

Now imagine if you overlaid the findings of their report with residential and commercial rents. I bet you’d also find that there’s a strong business case for urban vitality.

I’ve heard a number of people say that, eventually, every company will be a software/technology company. And I don’t think we’re far off from that reality. To me, this study feels like an early example of what that might look like for city building.

On a side note, the picture at the top of this post is of the Spanish Steps in Rome. I took it on a weekend trip in 2007. I was living in Dublin at the time.