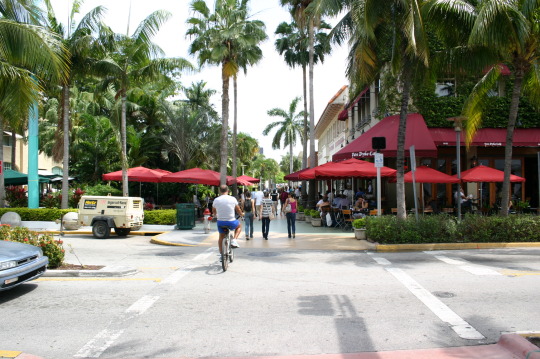 A few of us had a really great discussion on Twitter recently about pedestrian-only streets. It was kicked-off by a tweet about Spark Street Mall in Ottawa, which many argue needs a rethink.

One of the comments was that a lot of people tend to overvalue their worth. And I will admit that I am probably one of those people. If you’ve ever visited places like Grafton Street in Dublin, Lincoln Road in Miami Beach, or Kensington Market in Toronto on a pedestrian Sunday, you can’t help but think to yourself: why don’t we do more of this? They’re such great places to be.

But the research suggests that these success stories are few and far between.

Below are the key findings from a report that was shared on Twitter during our discussion. It’s by Cole E. Judge and it’s called, The Experiment of American Pedestrian Malls: Trends Analysis, Necessary Indicators for Success and Recommendations for Fresno’s Fulton Mall.

– Pedestrian malls in the United States have an 89% rate of failure. Most have been removed or repurposed. Only 11% have been successful.

– Certain indicators need to be present for a pedestrian mall to be successful in the United States: near or attached to a major anchor such as a university, situated in close proximity to a beach, designed to be a short length in terms of blocks, in a town/city with a population under 100,000, and/or located in a major tourist location such as Las Vegas or New Orleans.

– Cities that have embraced the Main Street and Complete Streets models have experienced turn-arounds in their downtowns with more investment, higher occupancy rates and more pedestrian traffic.

Though the report lists proximity to a beach as helping pedestrian malls, this is more about having a strong anchor than it is about climate – which is a commonly held excuse for why they don’t work. The report cites lots of failed pedestrian malls in California.

Furthermore, if you look at the list of successful pedestrian malls, about half of them are in colder climates. And if you search the report for the word “weather” it only comes up once. The word “climate” doesn’t come up at all.

So I don’t believe that they’re not possible in colder climates. Ski resorts, for example, usually have great pedestrian-only spaces because they have a strong anchor – the mountain.