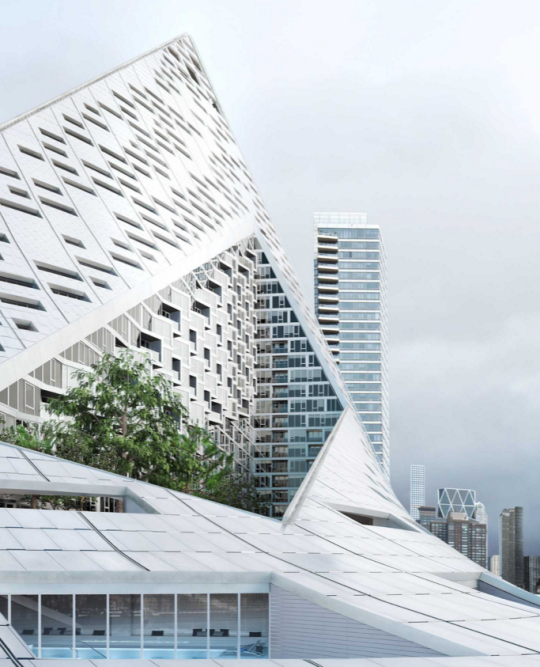 Since I’m in the rental business, I thought it would be worthwhile to take a look at the rents – though I tend to obsess over all buildings and not just rental ones.

Firstly, the project has a total of 709 apartments and 178 different unit types because of the architectural variations in the building. Of these units, 142 of them (20%) have been designated as affordable and were offered up via a lottery to people who fall within certain incomes ranges.

Here are the affordable rents via 6sqft.com: 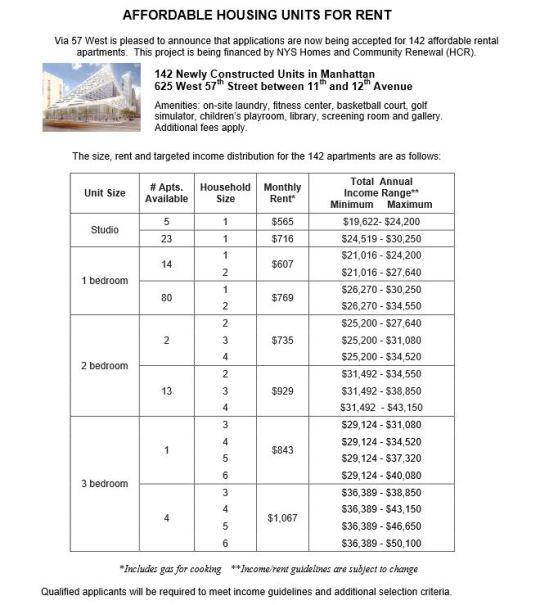 I don’t know the exact numbers, but Curbed New York speculated – based on what was seen at other buildings on the west side – that the total number of applicants for these 142 units may have reached over 100,000!

For the market-rate units, the average monthly rents are as follows (via Curbed NY):

Based on the Curbed comment section though, there are certainly some smaller units:

If anyone has any additional figures, please share them in the comments below. I think there are a few subscribers to this blog who are involved in the project.