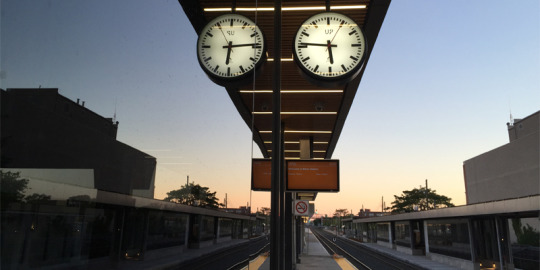 Last week Metrolinx slashed fares on Toronto’s Union to Pearson Airport express train (UPX), by a lot. From $27.50 to $12 for people without a PRESTO card and from $19 to $9 for people with a PRESTO card. They listened to the pundits. And there were a lot of them regarding this topic.

At these fares, the UPX is decidedly cheaper than a taxi or Uber, but more than regular transit, which I think makes sense given that it’s a better overall experience. I would take this train all day long.

But the other thing that Metrolinx did was also reposition the train service as an inner city commuter service by matching fares with GO transit for non-airport trips within the city. As one example, this means that you can now go from Bloor & Dundas West in the west end to downtown Union Station for $5.30 in cash or $4.71 with a PRESTO card. This is in comparison to $3.25 in cash on the subway.

But this is huge, because look at the options for this transit trip:

This is a significant connectivity upgrade for the west side of the city. One that reinforces my belief that, next to Union Station, Bloor/Dundas West is the best connected mobility hub in the Toronto region. This now a perfect location for companies and people who need quick access to both the Financial District and the airport. Unfortunately though, I don’t think we’ve taken full advantage of this connectivity in terms of what we’ve allowed and disallowed to be built in the area to date.

I’ll end by saying that I think the pundits have been overly critical of the UPX train. Everyone loves to talk about it as a failure. But look, every organization and person makes mistakes. If you’re not making mistakes, then you’re not pushing yourself hard enough. The key is to iterate and refine as you charge along. So go make some mistakes today 🙂