Architect Bjarke Ingels will be in Toronto next week to talk about how architecture can create communities and about a new project that he is working on with developers Westbank and Allied REIT here in the city.

The last time I heard Bjarke speak was when I was in undergrad and he had recently started a firm called PLOT with Julien De Smedt. That was over 10 years ago. So I am looking forward to this talk. If you’re also going to be attending, tweet me and let’s try and connect at the event.

In anticipation of that, I thought I would share a book that his firm published about a year ago called, BIG, HOT TO COLD: An Odyssey of Architectural Adaptation.

What’s interesting about the book is that all of the projects are organized according to climatic location – literally hot to cold. That’s why the pages themselves start as red and end up in dark blue. 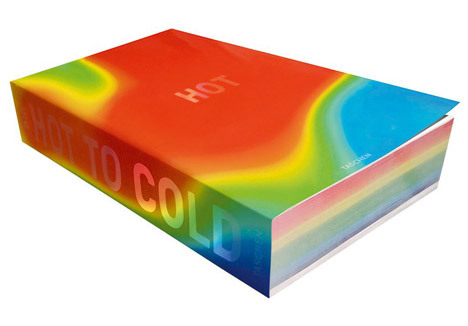 It’s a direct response to the fact that modern architecture and modern building systems largely did away with regional and climatic variations. Buildings were designed, no matter their location, to look exactly the same.

To a certain extent, globalization makes this somewhat inevitable. But climate is climate. And I believe that architecture is stronger when it responds to local context.

If you were in Toronto this past weekend – perhaps for the NBA All Star Game – you’re probably well aware that Toronto sometimes gets cold. So it will be interesting to see what kind of strategies they employ for their upcoming project.

If you want to hear Bjarke talk about this book and some of their projects, check out this video from the Architectural Association in London.