Resiliency is an important topic in urbanist circles these days.

New York is working on a 10 mile “Dryline” to protect itself from future storms similar to Hurricane Sandy. And Miami Beach – one of the most vulnerable cities in the U.S. to sea level rise – is frantically building pump stations and raising its seawalls, streets, and sidewalks.

Here’s what the city’s public works director had to say via a Curbed article published about a week ago:

According to Wired, sea levels off the coast of South Beach have risen by 3.7 inches since 1996. But over the last 5 years the high tide levels have had an average increase of about 1.27 inches per year!

This matters a great deal because of what South Beach would look like if sea levels increased by 2 feet (via the Miami Herald): 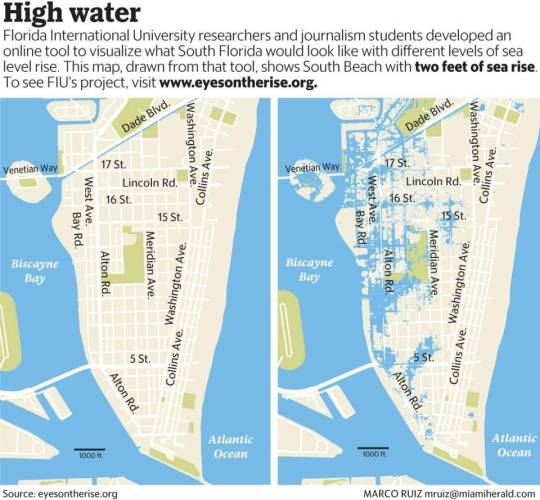 It’s for this reason that Miami Beach has been working to alter its street elevations and install pumps – as many as 80 of them over the next 5 years – that quickly drain stormwater into Biscayne Bay. (The drains are equipped with backflow preventers so that the water leaves but doesn’t come back into the island.)

Here’s an example of a raised street and sidewalk (via the Miami Herald): 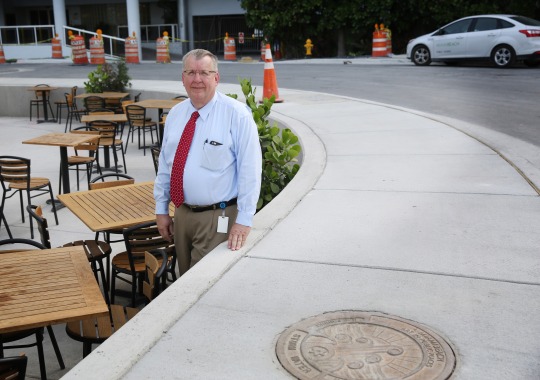 And here’s an example of a pump station (via Curbed): 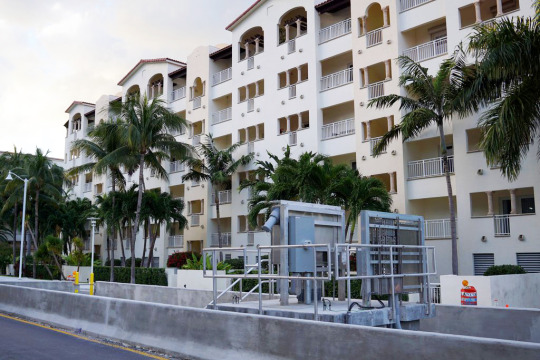 All of this strikes me as necessary work for Miami Beach. But I also think it’s important to keep in mind that all of this is patch work – regardless of how necessary it is right now.

The bigger question is: what are we doing to stop sea level rise? That’s the only way we’re going to get to true, urban, resiliency.