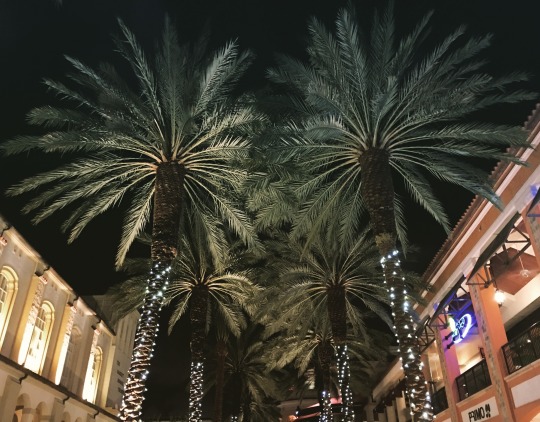 Last night I was in CityPlace, West Palm Beach. Completed in 2000, CityPlace is a quintessential example of New Urbanism. (For those of you from Toronto, this is a different kind of a CityPlace.)

In case you’re unfamiliar with this movement, here’s a snippet from The Charter of New Urbanism (via Wikipedia):

“We advocate the restructuring of public policy and development practices to support the following principles: neighborhoods should be diverse in use and population; communities should be designed for the pedestrian and transit as well as the car; cities and towns should be shaped by physically defined and universally accessible public spaces and community institutions; urban places should be framed by architecture and landscape design that celebrate local history, climate, ecology, and building practice.”

At a high level, New Urbanism makes a lot of sense. American cities were sprawling uncontrollably and so advocates had decided that something had to change. The Congress for New Urbanism was founded in 1993.

But the New Urbanism movement has had its share of critics. Here’s how Witold Rybczynski – professor at the University of Pennsylvania – talked about it on his blog:

“What are the important ideas that have affected American cities in the last 20 years? The development of waterfronts. The renaissance in constructing urban parks. The move of genXers and retirees into downtowns. High-rise urban living and Vancouverism. The popularity of urban bicycling and bike-rental programs. Ditto for Zipcars. Urban farmers markets and community gardens. Urban charter schools. The dramatic expansion in attendance of urban cultural institutions, especially art museums. Urban tourism. Downtown trophy buildings. The emergence of influential big-city mayors. Have any of these been the result of the new urbanism movement?”

Frankly, I have never been a big follower of New Urbanism. It has always felt artificial to me. But I recognize the immense challenge in transforming car-oriented cities and communities into walkable ones. It’s one of the greatest challenges in city building. You’re asking people to change their habits.

If any of you are experts on New Urbanism (because I am certainly not), I would love to hear from you in the comment section below.