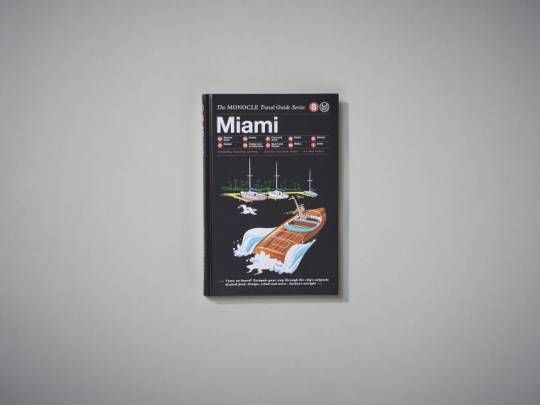 I’m off this week to South Florida to check out Art Basel (among other things). This week isn’t a great week to be leaving the city since it’s the Toronto Real Estate Forum and lots of people are coming to the city for that. But I’ve wanted to go to Art Basel for over a decade, so it was about time I did that.

I also decided to pick up the new Monocle Travel Guide to Miami. This is the 8th city that they’ve covered and, as you might know from reading this blog, I’m a big fan of Monocle. (I’m still waiting for the Toronto edition, guys.)

As part of this guide launch – which was timed to coincide with Art Basel Miami Beach – they also released a short video that is worth watching.

When most people think of Miami they probably think of sun and flash. And that is certainly part of the DNA of the city. But Miami has also grown into a global city with important and extensive connections to Latin America. It’s also an incredible place for those who love art, architecture, and design. If you watch the Monocle video, I’m sure you’ll feel that.

Miami is absolutely one of my favorite cities.