The 2015 edition of The Global Financial Centres Index (GFCI) was just released last month. It is often used as one of the sources for ranking financial centres.

The index – which is now in its 18th edition – is created using two main ingredients. The first is an analysis of 5 broad areas of competitiveness: 1) business environment, 2) financial sector development, 3) infrastructure, 4) human capital, and 5) reputational & general factors. And the second is an online survey given to financial services professionals. The 2015 edition includes responses from 3,194 professionals.

Below are the top 25 financial centres in the world according to the GFCI (the full list has 84 cities). 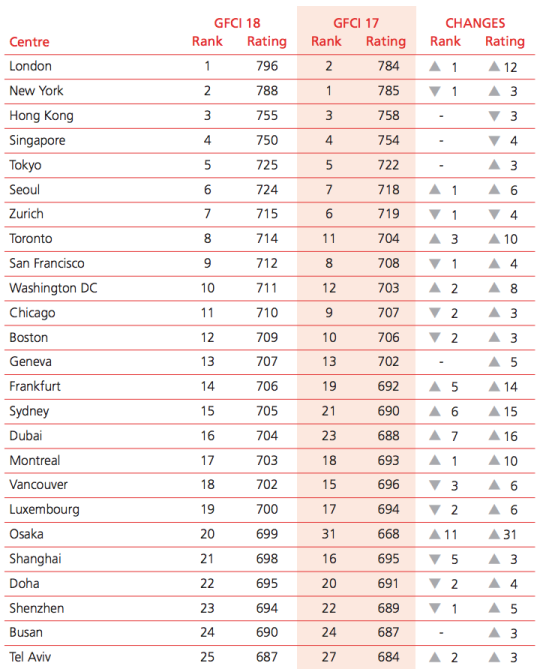 Here are a couple of things to note from this year’s index:

London has overtaken New York for the top spot – but both remain more or less at parity if you dig into the numbers.

The leading centre in Eastern Europe is Warsaw (38th), with Istanbul just behind it.

Toronto is now second in North America, only to New York.

And, Los Angeles (49th) and Liechtenstein (60th) join as new entrants this year.