Uber is currently testing out something called “Smart Routes” in San Francisco.

Basically it works similar to UberPOOL (where you carpool with strangers to bring the cost down), except that your pickup location (and trip?) is confined to a specific route.

This means less detours and more rides for drivers, as well as even cheaper fares for passengers. But just like public transit, you’ll likely have to walk a few minutes to get to the closest route.

Here’s a screenshot of what that looks like (via TechCrunch): 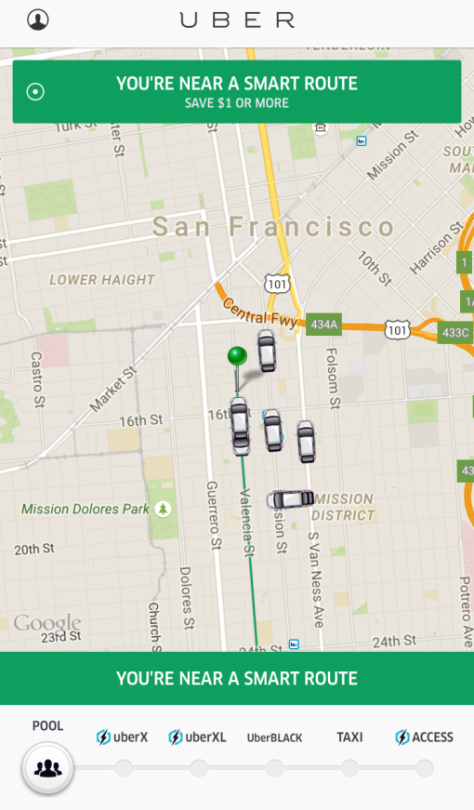 The green line is the “Smart Route.” So all you have to do is select a pickup location somewhere along that green line, and you’ll save a bit a money. Currently it’s “$1 or more” off your fare, but who knows what it might be when this feature actually rolls out.

This is fascinating to me because it’s starting to look and feel a lot like a conventional bus route. But in this case, the routes can change and new routes can be easily created as demand changes.

So it’s not just taxis that need to be thinking about Uber. It’s public transit authorities as well.