The United Nations recently released its 2015 version of World Population Prospects. It looks as if they put out and revise this report every 5 years.

The Economist then took some of their data and assembled it into the following charts: 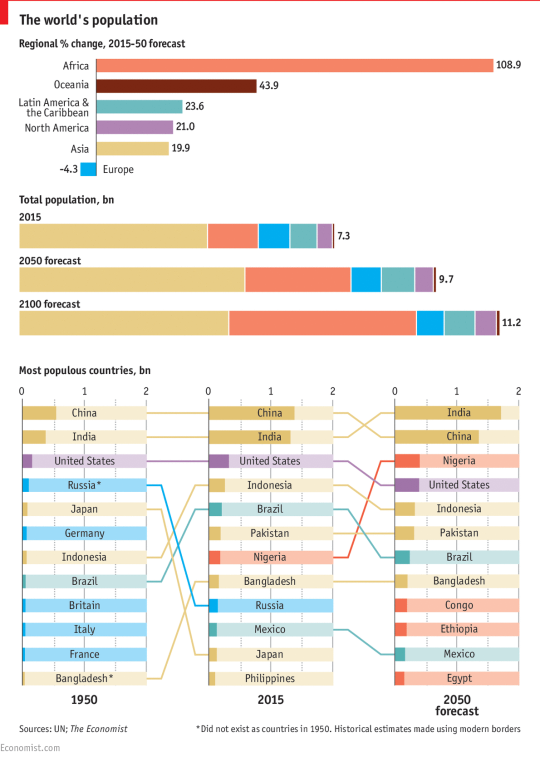 It’s obviously extremely difficult to predict what will happen in the world by 2100, but to the extent that forecasting is possible, the world’s population is expected to reach somewhere around 11.2 billion people. Today it’s 7.3 billion.

That’s why architects, such as Rem Koolhaas, have been studying cities like Lagos (Nigeria) since the late 1990s and early 2000s. Below is a photo from a book/research project that I love called Mutations (2000). I pulled it from my bookshelf this morning. 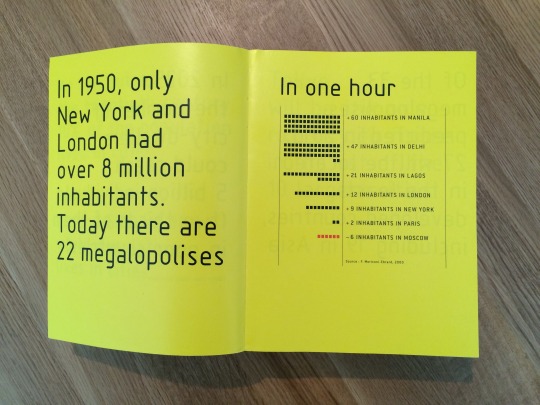 It’s interesting to think about what all of this will mean for the global economy and for global governance.

The United States is about to be alone when it comes to advanced economies with a globally competitive population. Europe is shrinking, which leads me to believe that a strong EU is likely important. And we now have lots of megalopolises with big populations, but with very low income levels.

Nigeria is the largest economy in Africa, but per capita income is somewhere around $3,000.