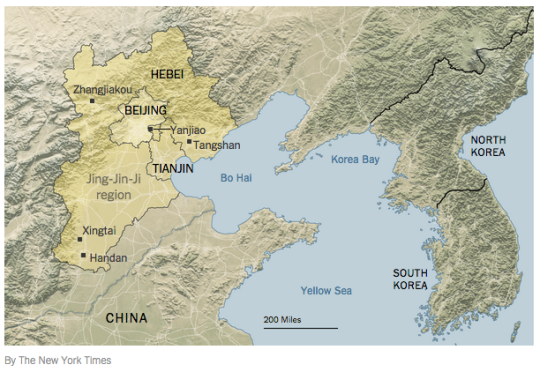 A few weeks ago I wrote a post talking about megalopolises and the importance of the Great Lakes region in North America. And I suggested that high speed rail could be one way to better stitch together the region.

To some, I’m sure this sounded like a bit of a pipe dream. But thinking at the megalopolitan scale is something that I think we are going to need to do. Other parts of the world certainly are.

The Chinese government is in the midst of developing a supercity around Beijing that is called Jing-Jin-Ji. It will span about 82,000 square miles and will house approximately 130 million people.

As part of the plan, a high-speed rail network is being built that will bring the region’s major cities within an hour’s commute. The objective is to compete with the Pearl River Delta and the Yangtze River Delta regions in the south.

It’s a scale of planning and development that most people aren’t used to thinking about. But it’s happening right now.