Yesterday I wrote about urban-suburban divides within cities. And I argued that built form will largely dictate the kinds of transportation choices that people will ultimately make.

As a follow-up to that, here is a chart based on the findings of a research report completed by Peter Newman and Jeffrey Kenworthy way back in 1989. On the x-axis is urban density (i.e. built form) and on the y-axis is per capita transport related energy consumption. 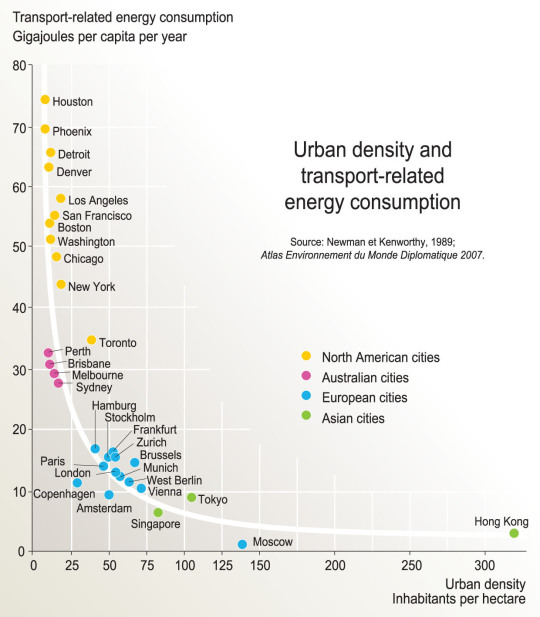 What this chart shows is that as cities become more dense, “automobile dependence” is reduced in favor of, other, more sustainable forms of transport.

Some people think of “density” as a dirty word. But there are lots of benefits to dense urban centers. And density does not necessarily have to mean tall buildings.