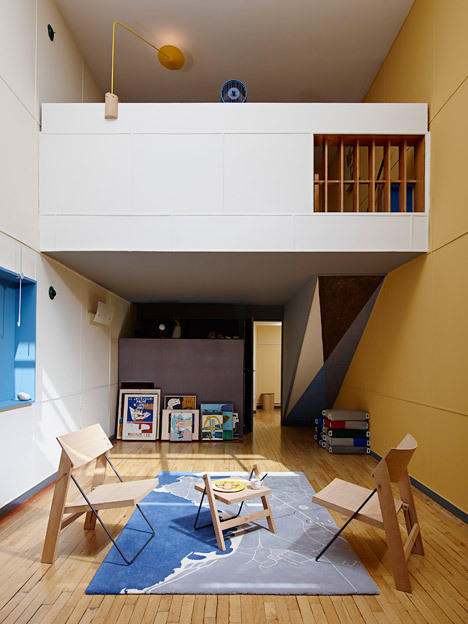 Completed in 1952, the Unité d’habitation in Marseille, France (more specifically known as the Cité radieuse) is one of the most famous buildings by Swiss-French architect, Le Corbusier. Every architecture student learns about it at one point or another.

It’s famous because it was a model for a new way to live and build cities. Le Corbusier envisioned the apartment building as a kind of vertical city. The corridors weren’t thought of or referred to as corridors, they were instead called streets and lined with shops and businesses.

Of course, Le Corbusier later became famous for inspiring an entire generation of buildings that many people now hate. Some believe he was completely misguided and others believe we simply bastardized his intents. But whatever the case may be, he certainly had a profound impact on cities.

So if you happen to be in Marseille between July 4 to 19 (2015), you should check out an installation at the Unité d’habitation called Apartment N°50.

It’s an installation put on by Jean-Marc Drut and Patrick Blauwart. They are the owners of Apartment N°50 and, since 2008, they have invited a designer or studio to come in and renovate it on an annual basis. They then open it up to the public during the summer. I think that’s a really neat idea and would love to visit sometime.