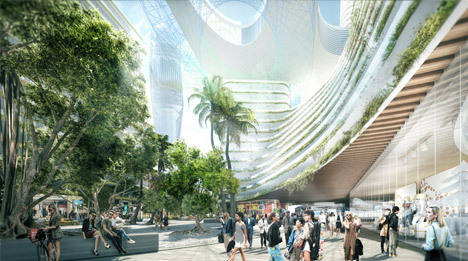 I was browsing through my online reading list this morning (as I do every morning), and I stumbled upon this Dezeen article talking about a big new 6.5 million square foot development being proposed in Miami’s Park West neighborhood.

The goal of the project is to transform Miami into “Florida’s Silicon Valley.”

This sort of thing is happening all around the world. From Buffalo to Lisbon, cities everywhere are betting on tech, startups, and entrepreneurship to grow their economy in the 21st century. And I personally think that’s really exciting.

But as I was reading the article, I couldn’t help but think of an old essay that Paul Graham wrote back in 2006 called, How to be Silicon Valley. (Paul Graham is a famous Silicon Valley entrepreneur/investor).

In his essay Graham argues that to be or to replicate the model of Silicon Valley in your city, you basically need two types of people: rich people and nerds. The idea, of course, being that the nerds work on the cool new ideas and the rich people then fund them.

Using this logic, he specifically calls out Miami as a city where few startups happen and as a city not likely to become another Silicon Valley. Though there’s lots of money and rich people in Miami, there simply aren’t enough nerds. In Graham’s words: “It’s not the kind of place nerds like.”

The iPhone didn’t even exist yet. Things have since changed. Now there are successful tech companies like Snapchat (valuation north of $15 billion) that are based out of cities like Los Angeles. And I think you could argue that Los Angeles and Miami do share some similarities.

So while it may have seemed far fetched in 2006 for Miami to become a startup hub, is that really the case today?