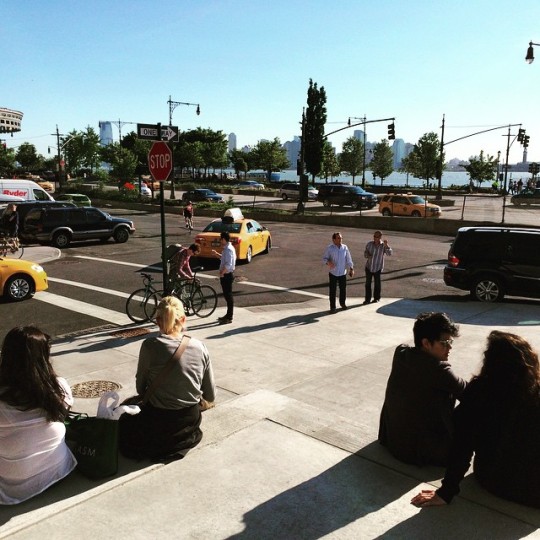 I am in New York this weekend. Every now and then I need to get my fix of this city. I just love it here.

Given the debate that’s going on in Toronto right now about the elevated Gardiner Expressway, one of the things I wanted to do this weekend was walk the West Side Highway. The West Side Highway runs along the western edge of Manhattan from 72nd Street all the way down to the southern tip of the island. It used to be an elevated highway, but it runs mostly at grade now.

I’ve been to and on it many times before, but I wanted revisit it with a different lens. Many people in Toronto seem to think that if we remove the Gardiner East and replace it with an enlarged Lake Shore Blvd that it would pose just as much of a physical barrier as an elevated structure.

So I walked the West Side Highway and filmed this (Hyperlapse) video:

I think it’s a big improvement over an elevated structure. What do you think?

There is, however, an elevated highway uptown. So tomorrow I plan to travel it on a scooter that I’ve rented to see how the urban fabric changes around it. I suspect it’ll be quite different.

In case you were wondering, the picture at the top of this post is from the steps at the Whitney Museum. They face the West Side Highway and the water. It’s a great public space, but I’m pretty sure that Renzo Piano wouldn’t have designed it that way (and with that orientation) had there been an elevated highway in front of it.