If you ask most people, they’ll tell you that real estate agents will never ever disappear.

Despite the internet, mobile phones, social networks, and companies (here in Canada) such as comFree and PropertyGuys, the bulk of the market still employs an agent when it comes time to buy and/or sell a home. This is true both in Canada and the United States. And it may always be true.

But there are lots of entrepreneurs and people in the real estate community experimenting with different models. OpenDoor and Open Listings are two new startups out of the US that I’ve been following closely.

At the same time, there is a certain fraction of the market that is willing to go at it alone. By some estimates this number could be as high as 25% in Canada. Of course, this is a hard number to measure accurately since there isn’t just one method of selling a home privately and many transactions likely go untracked.

But one thing that I’ve been wondering for awhile now is why the percentage of private home sales is seemingly so much higher in the province of Quebec. According to Wikipedia, this number might be greater than 50%. And a quick search on comFree (duProprio in Quebec) seems to suggest that this may indeed be the case.

Here are the comFree search results for downtown Toronto. There are 62 properties. 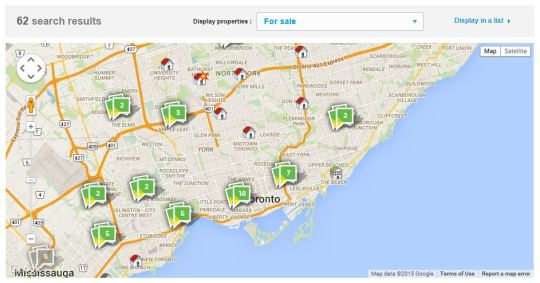 And here are the duProprio search results for downtown Montreal (notice I tried to maintain the same zoom level). There are 2,746 properties. 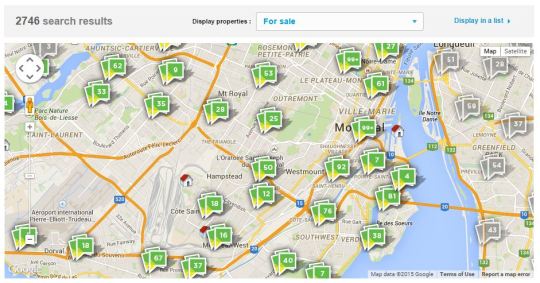 If anyone has any insights on this phenomenon, I would love to hear from you in the comment section below. I don’t know why this is the way it is.