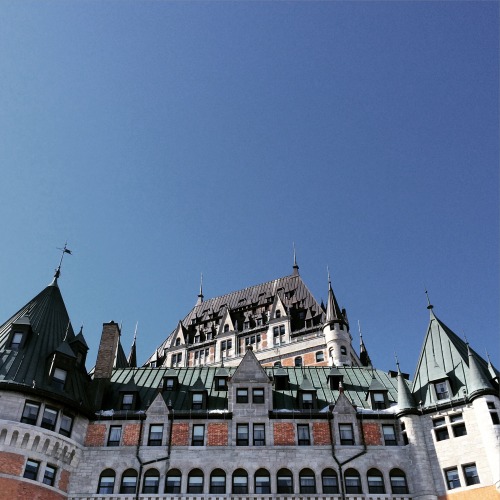 I’m writing this post on my flight from Quebec City back to Toronto. I promise that I have a bunch of non-personal urbanism posts in the pipeline, but I just haven’t had a chance to sit down and write them. So for now I’m just going to do a quick recap.

One of the things I try and do when I visit a new place is not just bounce between the requisite tourist spots, but also dig a little deeper and get an understanding of the place. Thanks to some incredible people at Quebec Tourism, the Chateau Laurier Quebec, and to some of the locals I met, I feel like I was able to do exactly that.

This morning I just wanted to walk the city. I started on Grande Allée and went into the walls of the center city, down to the lower town (La Basse-Ville), along the waterfront, and then back up towards the Saint-Roch neighborhood. 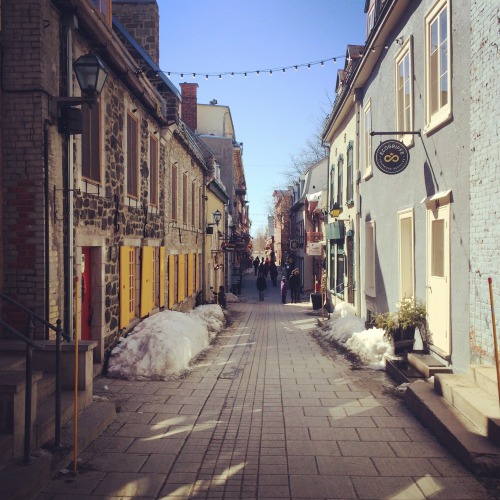 Along the way I visited the Rue du Petit-Champlain in the lower town (shown above), which is the kind of small intimate urban street that will make you realize that Toronto’s vast network of laneways is hugely under-utilized.

I was also told that historically the lower town was less wealthy than the upper town. This makes sense since the rich generally like to move upwards. Think about Hong Kong, Los Angeles, and even flat Toronto with neighborhoods like Forest Hill. Being up high is often considered desirable.

And in a city like Quebec, there’s plenty of opportunity to adjust your altitude. In fact, its location was chosen precisely because it offered a strategic high ground.

I often wonder how the first person settling a city decides where to setup camp. But in the case of Quebec City it’s clear. Samuel de Champlain chose high ground at the narrowest part of the St. Lawrence River (the name Quebec actually means “where the river narrows”). This was so that they could keep a close eye on aggressors sailing down the river and then defend against them when needed. 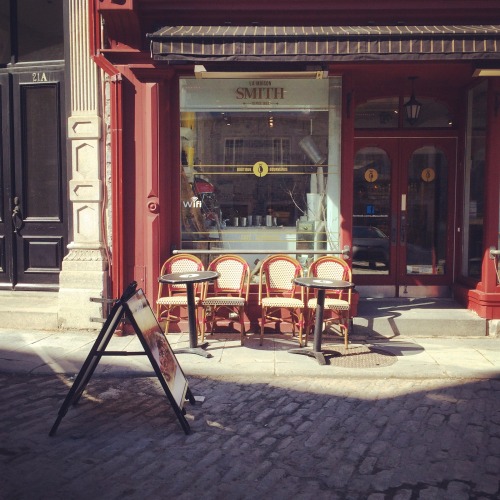 After Petit-Champlain, I then made by way over to the Saint-Roch neighborhood. Rumor has it that it’s Quebec’s “petit Brooklyn”, so I had to check it out.

The neighborhood was far more developed than I thought it was going to be. Oracle, Ubisoft, and many others have big offices there. But I did notice a few hipsters on the streets, so I must have been in the right place. The Saint-Roch neighborhood has an interesting history that is definitely worth reading.

In the afternoon I had a late lunch back on Grande Allée and then popped by La Citadelle. It was fascinating to walk through, but it was equally as exciting to see snowboarders repurposing portions of the city’s fortified walls. Click here for a quick Instagram video of that. 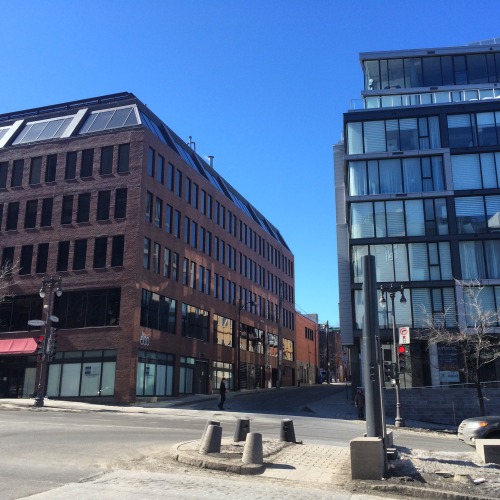 Before leaving for the airport, I also made a quick stop along the Promenade Samuel-De Champlain to take in some of the views of the river. I stumbled upon the look-out tower below. 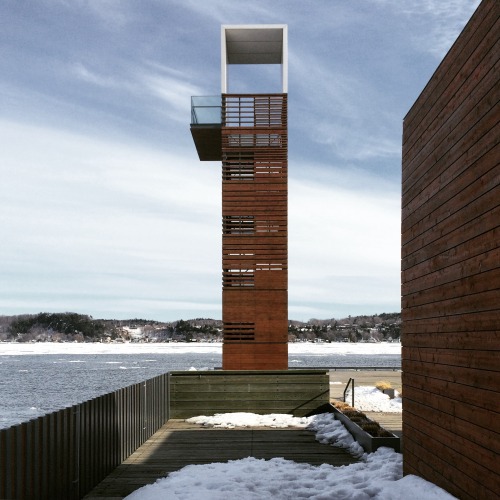 Quebec City is an absolutely stunning city and I’ve always had a soft spot for French Canadian culture. I grew up speaking French, but it has been a long time and I rarely use it these days.

Thankfully, Quebec City is the perfect place to get some practice in. In Montreal you can get by and even live there only speaking English. But Quebec City is decidedly French.

And even though I sound like a real yank when I hobble together French words into occasional sentences, bilingualism is a big part of the Canadian identity for me. I hope that never changes.

If you’d like to see a summary of all my social media posts from the weekend and/or if you’d like a special deal on your own packaged vacation to Quebec City, click here.