Towards the end of last year I received a one line email from a reader asking me what I thought about Porter (the airline that operates out of Toronto’s island airport downtown).

I followed suit and responded with one line: “I’m a big fan.” I then pasted a few links to posts I had written where I talked about Porter, the island airport, and why I think they are good for Toronto.

It turns out that was the right answer 😉

Because today I’m excited to announce a fun collaboration between Architect This City and Porter Escapes. This weekend I get to explore Québec City and do something I love to do, which is photograph cities, think about cities, and write about cities. (And eat poutine.)

Here are my travel essentials for the weekend (I wish it was a better photo): 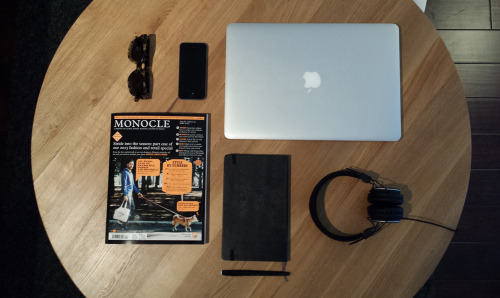 The first thing I should tell you though is that Porter Escapes is different than simply Porter. Porter Escapes is their “packaged vacation” company, so it’s designed for people who want a simple way to book entire getaways (flight, hotel, activities, and so on).

In my case, I’m going to be staying at the Château Laurier. I also have a bunch of activities planned out for Saturday during the day. Stay tuned.

I had initially planned to squeeze in some snowboarding at Le Massif and try out the nicely branded train that goes from Québec City right to the mountain. But my back and shoulder are still tender from my spill in Banff.

Still, I hope you’ll follow along on Twitter, Instagram, and Snapchat, and using #PorterEscapes. And if you happen to be in Québec City this weekend, let’s grab a pint and poutine.

I’ve also been told that Porter Escapes will be launching a special promotion over the next few days for escapes specifically to Québec City.

Note: I’m supposed to tell you that it’ll be at a price point that you should never expect to see again (i.e. it’ll be a steal).